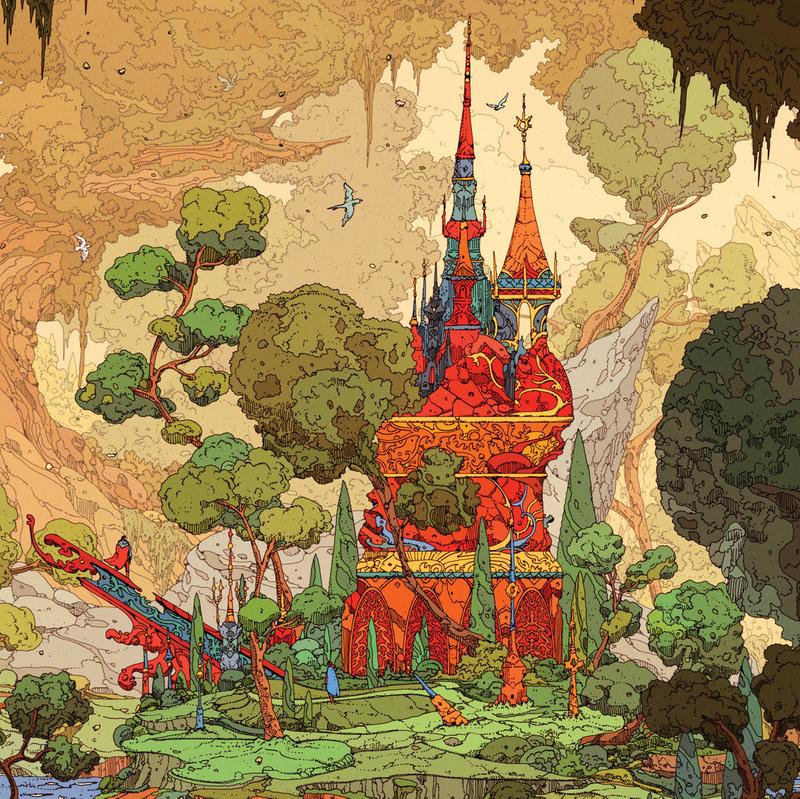 Mystic and Quantum (who released my Understory EP a while back) are back with a new compilation featuring a track of mine. Whispers Of An Ancient World I is set to be released on the 1st of December, on limited USB card (100 pcs.), download, and (hopefully) vinyl.

The label is running a Bandcamp Campaign for the vinyl pressing, so if that’s a format you’d like to see the compilation on (not least to do the artwork justice), please pledge and help make it happen here. 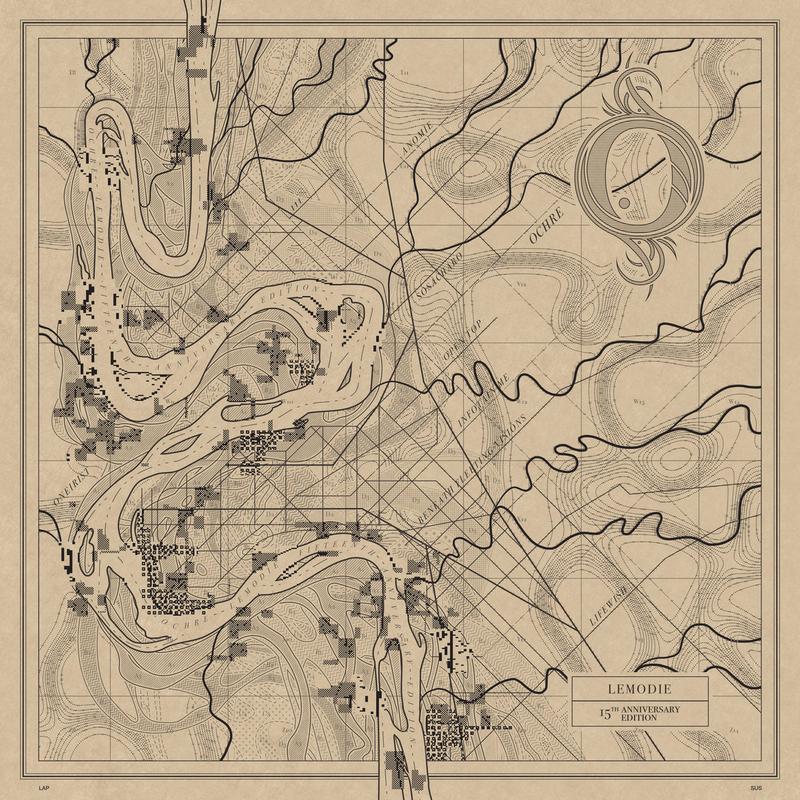 Fifteen years ago I had just completed my masters’ degree, and was working a short term data entry job in a bank in Birmingham, England. My listless and directionless personal life contrasted absurdly with what I was beginning to see and hear via the household ADSL connection. The unbelievable devastation of 2004’s tsunami in the Indian Ocean, 2005’s hurricane Katrina, as well as catastrophes closer to home in the form of the London bombings, all became part of the apocalyptic media collage of that age. YouTube had just been launched, and although the first iPhone had not yet been released, the pre-smartphones of the era still produced enough grainy, blocky viewpoints of the world’s events to fuel the site’s growth. This crowdsourced media became part of daily news broadcasting, giving it an urgent and visceral dimension that was worlds away from the usual polished newsroom coverage. It was simultaneously disturbing and intoxicating.

On A Midsummer Nice Dream, I’d largely avoided the use of samples, preferring instead to focus on wringing the most out the soft synths I had to hand. But for Lemodie, I tried to incorporate more of these lo-fi sample sources into the music, mostly highly processed and combined, to try and obscure their origins. News reports, phone clips and public domain collections like the Prelinger Archives would all feature in one way or another.

I’d also just got my first hardware synthesiser, a Dave Smith Evolver, which I was multitracking for many of the synth elements across the album. Far richer and organic than the crystalline soft synths I’d been using, it was a welcome expansion of my sound palette. Recording parts to tape and reversing them, creasing and crumpling up the tape, also provided a more analogue depth to some of the tracks (e.g. ‘Oneirist’), with a sound floor you could almost crumble between your fingers. On the software side, I was making use of physical modelling plugins like Synful Orchestra, which offered uncanny-valley string sections that, which not exactly realistic, sounded far more articulate than the usual sampled offerings of the time (e.g. ‘111’, ‘Lifewish’). After hearing and using some chopped up ‘Soundies’ from the Prelinger Archives (e.g. the intro to ‘Vegas’), I’d try and recreate the tone of these using my own equipment and plugins (e.g. Bluebottles). Of course, I was still also relying heavily on mainstays from the ‘Midsummer’ era, like Stomper and Waldorf Attack for drums (‘Sosacharo’, ‘Anomie’ and ‘Open Top’), and Zeta 2 for just about everything else (still love the pads and piano in ‘111’ – both Zeta 2).

I hope you enjoy revisiting this album, or perhaps discovering it for the first time. It’s been wonderful to give it a redesign (thanks to Nathaniel Reeves), acknowledging the style of the original, as well being able to add a few extras from the same period.

Available on double ‘marbled garnet’ vinyl, including a lithographic print, via Bandcamp and selected indie retailers. 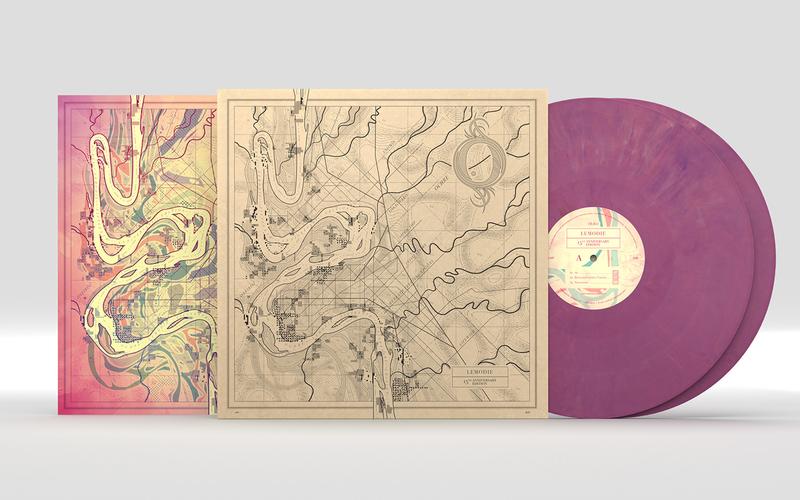 Lapsus has kindly given Lemodie a deluxe double vinyl 15th anniversary re-release, as part of their ‘Perennial’ series. The package features a wonderful design reimagining by Nathaniel Reeves, including a lithographic print using the palette of the original 2006 release to create a meander map for each track (check out Nate’s excellent art breakdown on Behance).

The tracklist includes four bonus tracks on the ‘marbled garnet’ vinyl, plus the pre-gap secret track from the original CD, as well as two digital bonus tracks, all from the same recording period.

You can preorder a copy now via Bandcamp. More track snippets are available to stream on SoundCloud.

An Eye to Windward Microsite 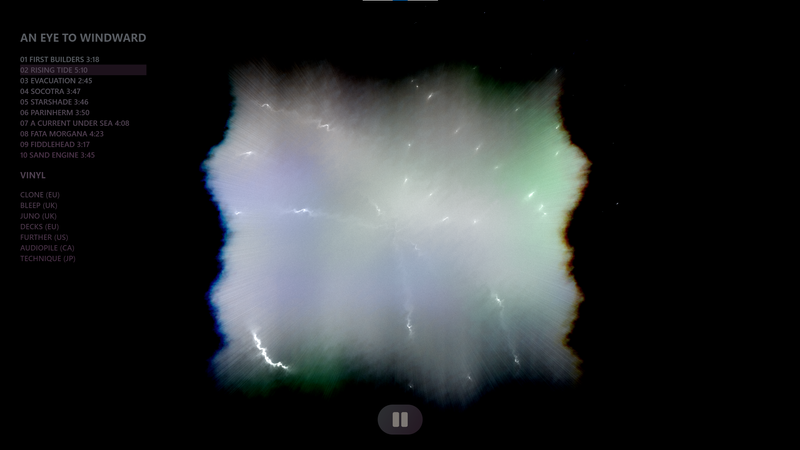 I put together this microsite for the new album, featuring some ambient WebGL shader visuals to run alongside Spotify’s web playback SDK (which uses encrypted media extensions for playback, so it’ll probably not work on your phone). But you don’t need to use Spotify to see the visuals – you can just click on the display to pause/resume it and listen by some other means.

More of an experiment than anything else, but it does mean you can watch an ambient Solaris-esque aurora while you listen. If I can, I’ll try adding some more shaders for different tracks.

An Eye to Windward

I’m pleased to announce the release of my new album, An Eye to Windward, out now on Shipwrec’s ambient sublabel Phainomena. It’s available on hazy red marbled vinyl and download/streaming.

Once again, Nathaniel Reeves handled the art and design, capturing the mood of the album beautifully. Visit his Behance page for some insight into his design process, as well as some gorgeous release renders.

New release on the horizon

Check out a few track snippets from my next release, An Eye to Windward, arriving in April on vinyl/digital.

A few of you have been in touch recently regarding Understory vinyl shipping, so I feel it’s worth clarifying that I don’t actually post the vinyl myself. While all my releases appear to fall under my direct control on Bandcamp, they’re actually administrated by their respective labels, who then link their release pages with my artist page. It’s all very cool and very useful, but its opacity also leads to some confusion about who does what regarding physical release fulfillment.

So please bear with us while we continue to negotiate the general pandemonium that still exists among internation postage services due to Covid measures and staffing problems. It’s difficult to offer precise delivery estimates and make promises at the moment, so all I ask is for a little patience while your releases are shipped out. If you have any concerns about your orders, please direct these to the labels in question. Thanks, Chris. 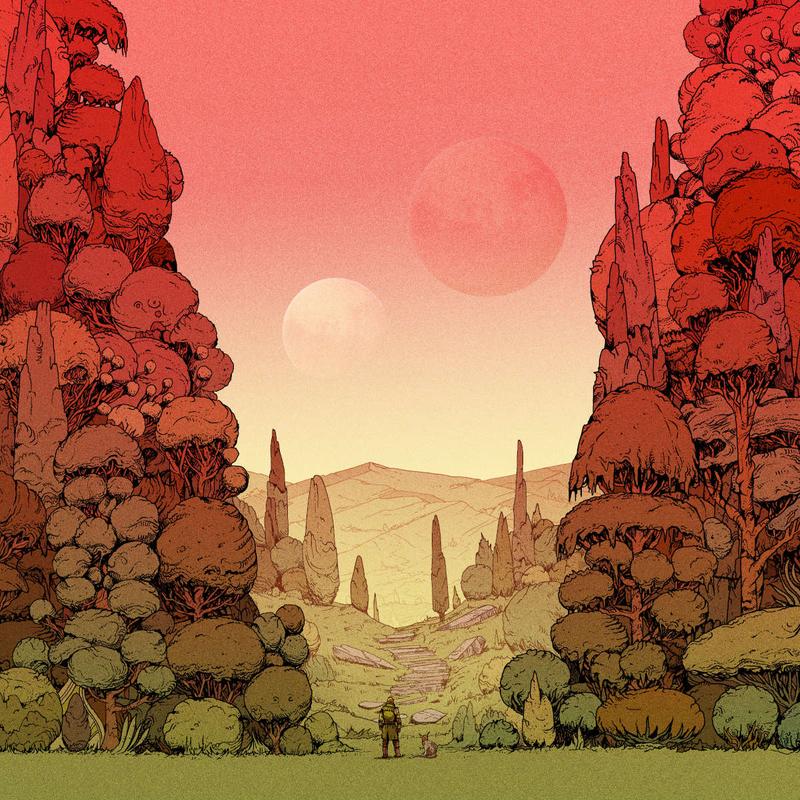 I’m excited to announce a new EP/mini-album called Understory. It’s available now on digital and orange vinyl via Mystic and Quantum Records, and features a crop of new work produced during this year’s covid-related hunkerings, as well as a couple of tracks previously shared individually (see earlier jam vids!). Guy Warley created the fantastic artwork for this release, and I could not be more thrilled to have his work on the cover.

Vinyl is limited to 300 copies, and is currently available via Mystic and Quantum’s Bandcamp page. It will also be available on Clone.nl in due course. Bandcamp subscribers will naturally find that the release has been added to their collection.

Being able to focus on this release has offered me some respite from what has otherwise been a punishing year. All going well, I’ll be back with some more new music next year – let’s make it a good one.

A couple of recent synth jams, featuring a solo effort with the Digitone, plus a hardware ensemble. The ensemble jam was sequenced by the Digitone, sequencing the Virus, Evolver and Micro Q, clocked by an Analog Rytm.