Upcoming Gigs in the Netherlands 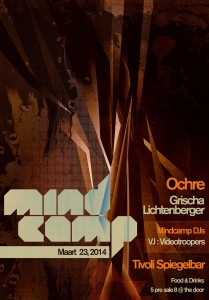 It's been almost six years since I last did a gig, so it's not without a little trepidation that I'm announcing a couple of gigs over the next week in the Netherlands. Both shows are Mindcamp events, organised by Dutch IDM veterans Funckarma. I'll be playing alongside the Raster Noton artist Grischa Lichtenberger, with visual support from Videotroopers, plus tunes from the Mindcamp DJs. Tickets for both events are an extremely reasonable €5. Should be a moderately chilled affair. I've been told there'll be tasty vegan food on offer, too!

The first takes place late on Friday 21st March (2200-0200) at the Merleyn venue in Nijmegen (tickets). Here's the event page on Facebook.

The second will be on Sunday 23rd, during the afternoon (1500+) at Tivoli Spiegelbar in Utrecht (tickets). Event page.

I'll be putting my new live rig through its paces, which should be interesting. It's primarily Ableton and a Push controller, plus a little Faderfox sidecar for when I want to switch effects without having to switch modes on the Push. So far it seems quite flexible, allowing me to tap out synth melodies, trigger clips and adjust effects, all without having to keep my eyes constantly planted on the laptop screen. This time around I've managed to run a lot more of the synth elements live (some of the tracks are entirely live-generated), so hopefully it'll sound and feel pretty live. There'll be plenty of errant notes to reassure you that I'm actually playing live, is what I'm saying. 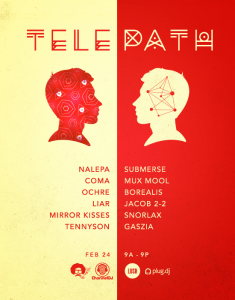 On the 24th of Feb I'll be taking part in 'Telepath', an online event on Plug.dj (a service which appears to have risen from the ashes of Turntable.fm). It looks to be an all day event, running from 9am to 9pm PST in the States, so hopefully it'll mean wherever you're located globally, you'll be able to catch some of it.

One of the definite advantages of Plug.dj over Turntable is that foreigners like me no longer need some sort of US-proxy to get on the site. By the look of things you can pull music from SoundCloud and Youtube too, rather than either upload or select from an existing database of music, which makes it pretty flexible (and hopefully puts more control over the music in the hands of the artist -- here's hoping. I didn't like the way your uploads used to remain on Turntable's servers even after you deleted it).

Anyway, expect some new material to be aired. I'll update this with more info on precise set times. It'll probably be late in the evening here in the UK when I start my half-hour.

In other news, I'm getting back on the live circuit this year after my little PhD hiatus, with the first gig lined in Utrecht, NL. I'll post properly about it soon, but you can see I've already added a Songkick tour widget to the site sidebar, which you can use to track gigs.

Netlabelism Magazine kindly featured 'National Ignition' in their Best of 2013 feature. Very nice of them. Good to see the Planet Boelex EP in there too, as it's a beauty.

Featuring 123 tracks of music (over 11 hours!) from a mix of electronica veterans and newcomers, 'Touched' is a massive charity compilation set up by Martin Boulton, whose mother was recently diagnosed with cancer.

All proceeds will go to Macmillan Cancer Support, which is a charity providing essential palliative care and support for cancer sufferers. After hearing friends describe just how valuable Macmillan were to them and their loved ones, it's clear to me just how important and worthy a cause this is. So, needless to say, I was more than happy to contribute a new track: 'Ark of Comfort'.

The album has already raised over £500 in its first day of release, and given it's offering so much music for as little as £6, I anticipate that it'll raise a whole lot more. Still, if electronic music's not your thing, but you'd still like to donate, you can do so directly via the 'Touched' Just Giving page instead.

Firstly, a little notice. There are a handful of 'National Ignition' heavyweight prints remaining, so if you've been thinking about grabbing one, now's the time. Once they're gone, they're gone. Each print comes with an instant download, too. 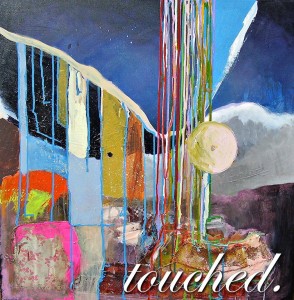 Secondly, I'm pleased to announce that I'll be releasing a new track on a forthcoming charity compilation. Entitled 'Touched', the compilation is a huge bumper release featuring many familiar names within the electronica milieu, including many favourites of mine, such as The Future Sound of London, Plaid, Brothomstates, Arovane, Datassette, and dozens more (here's the full line-up). It's a staggering compilation, with the aim of raising money for Macmillan Cancer Support. It's a wonderful cause to be a part of, and I can't wait to announce its release. 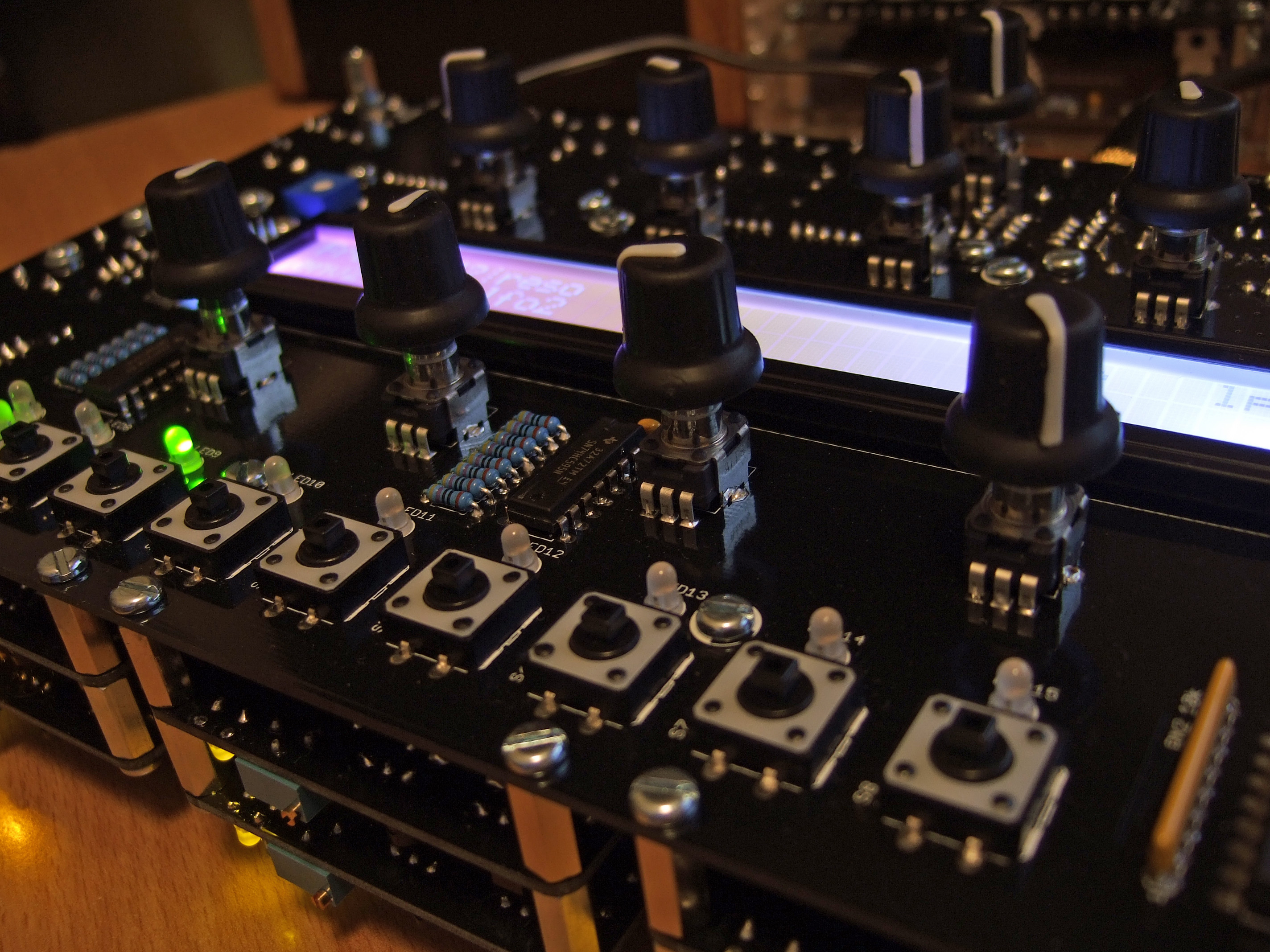 Been enjoying this little project, spending the past week building a Mutable Instruments Ambika for a friend. Digital wavetable oscillators with 4-pole analogue filters, like the basic Shruthi, but with 6-voice polyphony. Brimming with character, and serious bang for buck if you can handle a soldering iron. Just don't get hung up about about the aliasing, as it's all part of the charm. Shall endeavour to get some sound online soon.

Please bear with me while I update my site theme. It’ll probably be rather spartan while I figure out how to flick various bits back on, as well as fiddle with the overall styling.

By the way, I’ve added our Snow Palms album to my Bandcamp page, so it’s also embedded on the music page.

A remix of the excellent London-based seven-piece, Revere.

All those who pre-ordered the album will already have a download link sitting in their inbox, but for everyone else, National Ignition is released today! It's available on Bandcamp for full streaming in its entirety, as well as offering a 24-bit lossless FLAC option for the download. Of course, if you'd prefer to download elsewhere, it's also online at iTunes, Google Play, Amazon, Xbox Music etc. 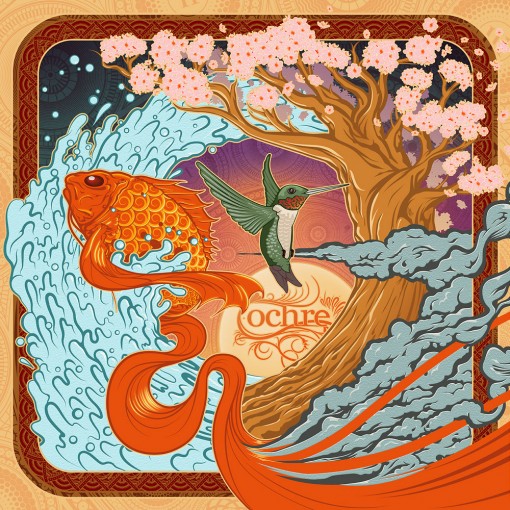 Three-odd years and one PhD later, I'm pleased to say that I have another Ochre album due for imminent release. National Ignition will be available for download on the 21st of January 2013, from all the usual download stores (I'll put up direct store links when I get them).

It's available to pre-order on Bandcamp now, which will allow you to download the first track immediately (the rest of the album being unlocked on release; you'll receive email notification as soon as it's available). The Bandcamp edition also features a 24-bit lossless FLAC option.

Like Early Learning before it, National Ignition received exquisite design treatment by nkurence. The album will remain download-only for the time being, but I'd like to release a vinyl version once funds permit, at the very least to do the artwork justice.