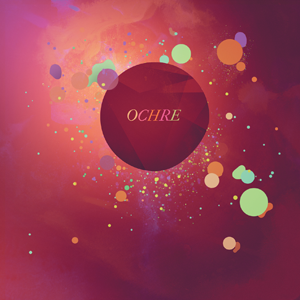 Yep, my next album 'Like Dust of the Balance', is now available to pre-order directly from Benbecula, to ship on the 20th of July. It's quite far off, I'll admit, but then if you order early enough you'll have long forgotten by the time its release rolls around, and you can surprise your future self with a gift.

Just a quick note -- my mastering service will be put on hold from the end of the month until the beginning of August, as I'll be away from the studio for a while. So, if you envisage needing my services over the next few weeks, then please get in touch ASAP to see if I can fit you in before the summer break. Once I return, the service will be back with a vengeance, hopefully with some exciting new toys to play with.

As I’m sure we’re all aware, playing electronic music live is often fraught with difficulties and conundrums: how do I recreate studio tracks, yet remain spontaneous? Should I even bother recreating studio tracks? How can I balance the familiar with the improvised? How can I be more interesting, visually? And that’s just the choices that will be reflected on stage. Never mind the logistical nightmares of hauling half your studio, fragile laptops, hardware synths, keyboards, and equipment stands around a foreign city without injuring yourself or your gear, getting lost, or getting stuff stolen. Read on… 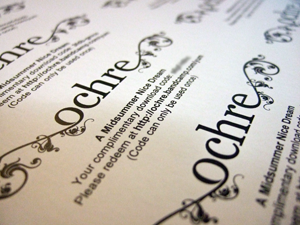 I've decided to take advantage of one of Bandcamp's latest feature additions, and have generated a few download codes for A Midsummer Nice Dream.

Anyone who buys a copy of the album on vinyl will receive a download code along with the album, so they may download a high-quality digital version of the release for their iPod, car, PC etc., at no extra cost. The codes are, as far as I can tell, good for one single download only, so choose your format wisely! mp3, flac, aac and ogg are all present and accounted for.

I haven't yet decided how to present the codes -- I could use stickers on the shrink-wrap, but risk buyers throwing this away with the packaging, or I could put paper slips in with the vinyl, and risk them being ignored at the bottom of the envelope. Could email them, but that's more work for me and could still be ignored. Hmm. Any preferences?

New track demo… a bit different from the usual

I've just uploaded a new track demo, following a tentative test-airing on the kind and gentle folks at em411. It's a little different to my usual output, actually containing intelligible vocals, and due to my vocal delivery probably has a slight eighties tinge to it. (That makes it hip, right? Or am I 18 months late to that luminous yellow and pink party?) So far I've been called a Bowie-esque crooner with hint of David Sylvian, Gary Numan '09, and somewhat damningly, Flock of Seagulls.

Dissenters rest assured, I don't plan to abandon instrumental electronica any time soon, but I will say that this was a lot of fun to record. I kind of want to put out a 7" with a couple of synthpoppier tracks on it.

Jay Bharadia remix up on SoundCloud

If you haven't seen/heard my remix of Jay Bharadia, you can listen to/download it from SoundCloud, as well as the other remixes from Lone, Airliner '67 and Implosion Quintet.

I'm actually on SoundCloud, and although currently mainly using it as a means of receiving mastering files, I'll be uploading demos and sketches now and then, so if you'd like to 'follow' me to be notified of track uploads, please visit my page. SoundCloud is a very nifty service, totally optimised for listening and commenting to music---you can comment on particular sections of tracks using the natty timeline while listening. As far as I know there are also the obligatory widgets for posting/sharing tunes too.

The server can occasionally strain under the weight of users, as it's getting rather popular, but it seems pretty responsive these days, ironing out its initial teething problems.

Meanwhile, back at Ochre HQ, the new album is back from mastering, coutesy of panicStudios. Sounding warm and punchy after being fed through some ridiculously expensive analogue gear, waiting patiently for a release schedule to slot into. I'll be able to spill some more beans once I've got a definite plan to unveil.

Midsummer Nice Dream CDs and vinyl continue to shift nicely, but there are still a few copies left if you fancy one. If you'd rather have a download version, it's slowly making its way through the usual download stores like iTunes and Napster etc. At the moment it's currently selling for a ridiculously cheap $1.69 at Amie Street (for 320kbps mp3, no less), though given the dynamic pricing used there it'll probably creep up slowly as people grab it. Also on Bandcamp for a flat $6, in just about every digital format available ever.

Yes, I've finally succumbed, after repeatedly finding myself reading about the apparent usefulness of Twitter. Suck on my tweets.

Should mean that little posts like this, better-suited to ol' tweetsie, will see the light of day.

AMND CDs now in stock too

I've received a box of the remaining Midsummer Nice Dream CD stock from Toytronic, and have added it to the shop. There are quite a few less copies on CD than vinyl---about fifty---so please act quickly if you want to secure a copy. As ever, the price is a very reasonable £6 plus P&P.

Volumes and AMD up on Bandcamp, extra download formats

I've been uploading much of my music to Bandcamp, to see how well it works, as it offers a few very handy features for precisely zero money (for the time being anyway).

Firstly, the lossless uploads are automatically converted to a veritable plethora of download formats, such as three grades of mp3 (including two VBR), two grades of AAC, Ogg, FLAC and Apple Lossless.

Secondly, it gives me some useful stats as to what's been listened to, what's been skipped, and where people have come from to listen. There's also plenty of widget-sharing options, as expected on today's internets, enabling you to plaster my tunes all over the superhighweb.

Looks like you can also sell downloads there as well, offering either fixed price or donation options for the tracks, but I've yet to explore this option. Might give this a go once I get some more releases up there.

I've just set up my own little shop selling odd stock of my past releases, such as A Midsummer Nice Dream on vinyl for just £6 plus P&P. I hope to get the odd limited release up there too, so please keep your eyes peeled for the odd one-off relic from the Ochre archives.

Due to the way the shopping cart works (in this case, the FatFreeCart) in not catering for multiple shipping fees, I've set out separate purchase buttons depending on the shipping destination, with P&P prices ranging from £3 in the UK to £4 for EU customers and £6 for US. Yes, shipping vinyl is rather steep, so I've kept the base unit price down to around half of the usual retail price.

I've also been toying with the idea of releasing some of my unreleased 'Volumes' or 'AMD' on CD---would this be of any interest to you? I'll see how feasible a short run of CDs will be and possibly get some up if there's suitable interest.