Interviewed on The Setup

Yesterday, The Setup kindly published a short interview with me, detailing the gear I use in my daily musical exploits. It's a frank run-down of my minimal setup, what I love and loathe about the various software and equipment I use, plus some wish-list musings. Be sure to check out some of their other interviews, as there are quite a few big-hitters of the geek world on there too.

A prototype 12" of 2003's ill-fated EAT001 EP has been added to the shop. More test pressing and compilation items to follow.

Initial findings are promising, though we hope to carry out further research in order to fully ascertain the origin of the artefacts uncovered so far. These appear to be cultural goods, most likely primitive digital commodities as were commonly available during the late 20th century (i.e. just prior to the so-called 'Blackout' period of dematerialisation). Initial theories of these artefacts as being part of a votive deposit have now largely been ruled out.

It seems Benbecula are having a bit of a clear out, and are currently selling all their physical releases for a quid or two; £1.99 for albums, and 99p for EPs. If you fancy picking up Lemodie and Like Dust for just four quid, then you're in luck. Why not pick up some Christ. double vinyl for a couple of quid too? Talk about a sale. Wow.

Last year San Diego-based games developer Psyonix got in touch about licensing a couple of tracks in a tech demo/game called Whizzle, showcasing the Unreal Development Kit. Being a demo, it's just a single level (for now, at least), but I'm glad it came to fruition nonetheless. Here's a short vid of Whizzle in action:

If you're interested in learning more about the UDK and fancy dipping your toes into the world of game development, then this video of Dave at Psyonix gives you a quick intro to the platform. The UDK is free to download too, so given a little free time there's nothing stopping you from crafting your own titles.

Lemodie 2010 Re-Press: The CDs Have Arrived!

Nothing quite like opening your front door, wearing your dressing gown and slippers, to be met with disdain by a burly delivery man already four hours into his working day. Nice. Shortly after he'd finished looking me up and down with barely-disguised contempt, and informing me of eight boxes with my name on it, I was proudly standing in my hallway wondering where I could store 800 CDs.

I've already annoyed the staff and patrons in the local Post Office by shipping the dozen or so pre-orders, so they are now well on their way to their new homes! A big thanks is in order to everyone who pre-ordered -- I hope you received your instant downloads trouble-free (you've got to love Bandcamp!).

As usual, I've also sent a bundle of Lemodies to CD Baby, to make the postal fees a little easier on the pocket for US fans. I've added them to my Amazon seller account too, so if you'd prefer to order through Amazon's checkout you're free to do that (though you'll have to put up with a slightly higher price and no download). Speaking of Amazon, if anyone wouldn't mind dropping a quick review there, I'd hugely appreciate it (for any of my releases, not just Lemodie).

Anyway, I've ceremoniously updated the html in my shop to mark this momentous occasion, and hereby declare Lemodie in stock and on sale. :) 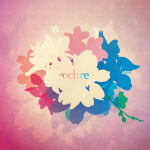 No doubt you're all recovering from your festive excesses, possibly even suffering from some post-holiday blues. Well, some good news---Lemodie CDs will soon be back on the shelf.

At long last, after being out of print for over two years, I've finally managed to scrape together enough cash to organise a re-press of my 2006 sophomore album. It's being manufactured as I type by DMS, and shouldn't be longer than two or three weeks away, fingers crossed.

In preparation of its arrival, I'm taking pre-orders via Bandcamp here, which also covers an instant download in a variety of formats (I've also thrown in the CD hidden track as a bonus).

Now, I'm under no illusions as to how the market has changed in the past three/four years, and so have set the price at £6 plus P&P, which seems to me like the sweet-spot for CDs sans middleman.

A Few Copies of ‘Like Dust’ Available from the Shop

Just a quick note to let you know I've added my meagre inventory of Like Dust copies to my shop, to help ease me through the Xmas period, and help fund more skydiving jumps. ;)

And it needs you! Yes, I know you may have already done this (and I do apologise for the inconvenience), but it'd be awfully nice of you to click on it again.

Following my traditional of sporadic and occasionally regrettable social media suicides, I had removed my Facebook profile after inadvertently hosing the Ochre page (I thought it would be 'hibernating' along with my personal profile, but I guess not!). Now while I'm not missing MySpace, Facebook was a much handier means of getting snippets of news updates out there, and although Twitter has become increasingly useful for this, there's no denying Facebook's convenience and popularity.

I think it'd probably be a good idea for me to install some admin other than myself though, just in case I get trigger happy while aiming at my feet again.

Oh, and I am working on some new music by the way too, if I may self-consciously steer this post towards something a little more newsworthy. More details to come soon (demo track deleted from post).

If you've been following Bandcamp's Twitter/blog updates you'll have probably noticed a rather major update: the ability to sell physical products alongside your downloads. Needless to say, I sorted out a bundle for my remaining Midsummer Nice Dream vinyl, pairing up the double vinyl and an instant download for the current sale price of £5. I'll keep it at that price until next week, so if you were thinking about either purchasing it on FLAC or picking up the vinyl, now's the time to act. Consequently, I'll probably retire the Ochre shop in its current state, and divert traffic to Bandcamp for sales.

I've also sent some vinyl to CD Baby, enabling stateside fans to get a better deal on shipping than ordering from me, although at the current sale price it's probably still cheaper to buy direct.