An Eye to Windward Microsite 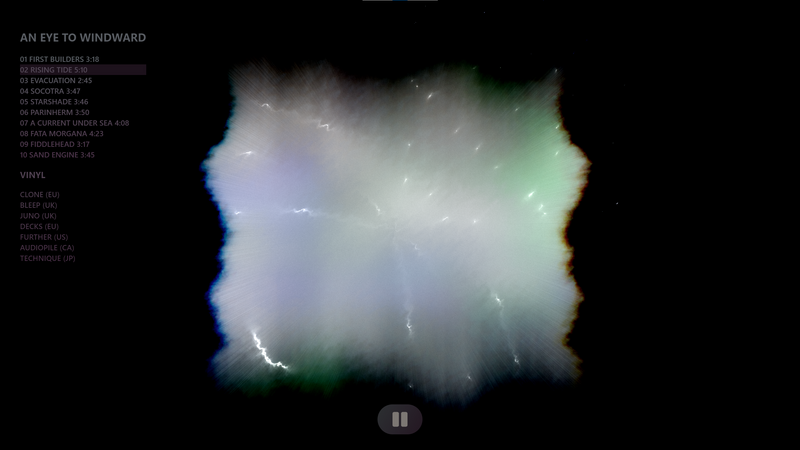 I put together this microsite for the new album, featuring some ambient WebGL shader visuals to run alongside Spotify’s web playback SDK (which uses encrypted media extensions for playback, so it’ll probably not work on your phone). But you don’t need to use Spotify to see the visuals – you can just click on the display to pause/resume it and listen by some other means.

More of an experiment than anything else, but it does mean you can watch an ambient Solaris-esque aurora while you listen. If I can, I’ll try adding some more shaders for different tracks.