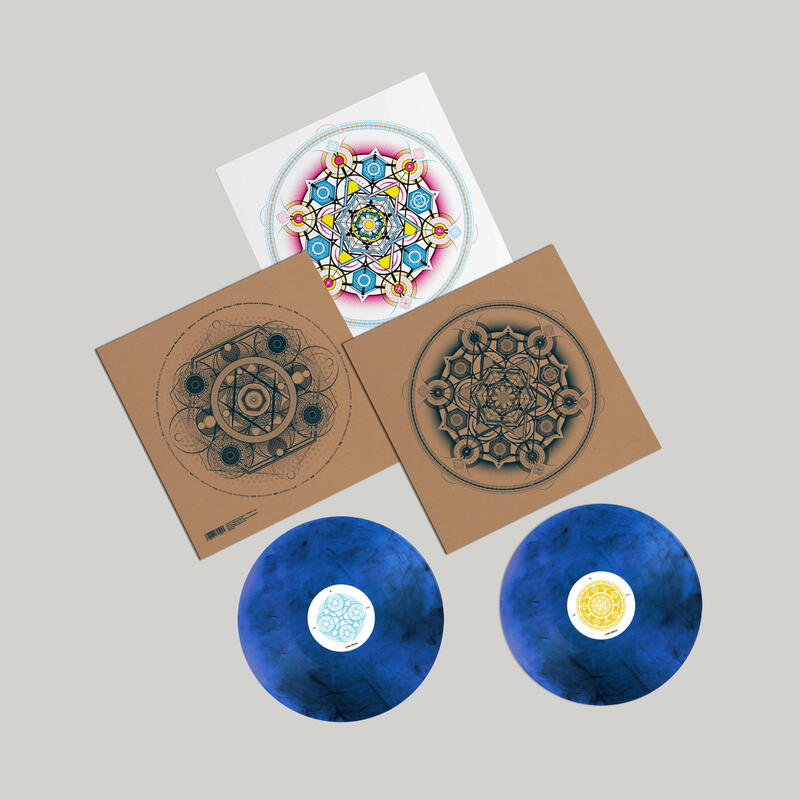 I’m sure the rather fetching image above is self-explanatory, but this year marks the fifteenth anniversary of A Midsummer Nice Dream, originally released on London’s Toytronic Records in late 2004, now due for a spruced-up rerelease on Barcelona’s Lapsus Records. Lapsus have been extremely supportive of my work over the years, so it’s a pleasure to work with them to deliver a special rerelease of ‘Midsummer’ on double vinyl and digital.

The release is currently available for preorder on Bandcamp ahead of its June 7th release, with the physical release comprising double coloured vinyl and a beautiful full-colour print. The redesign has been handled by Nathaniel Reeves (marking another anniversary, incidentally – ten years working together!), who has created a gorgeous and wonderfully intricate design for the sleeve and print insert. You can check out some more detailed shots of Nate’s brilliant work on his Behance page.

I’ve also used the opportunity to bundle together some extra Midsummer-contemporary music, including a vinyl side of tracks that were previously only available online: ‘In Waves’, ‘Indivisible’ and ‘The End of the Rise’. The digital edition features a further three bonus tracks: ‘Airweight’, ‘Flexenbend’ and ‘Passing Landscapes’. All tracks have been remastered for the occasion by John McCaig, of panicStudios (who previously mastered Like Dust of the Balance and Petl).