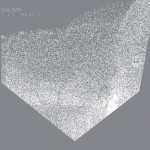 At the start of the year I completed a project with composer David Sheppard, collaborating on his Snow Palms album, 'Intervals' (Village Green). David's a composer of beautiful minimal, idiophone-based music in a similar vein to Reich, Glass et al, so I couldn't resist the opportunity to add my own production flourishes to some of the tracks he'd laid down, working on six of the eleven album tracks in the end. I also got to score for a string quartet, which isn't something I regularly get to do, so that was quite the welcome challenge.

A review of the album surfaced today on Fluid Radio -- check it out to read a take on what we've done (though for whatever reason, I'm not mentioned there -- I'm involved, I promise!).

It's due for release on 19th of November. For more info/press copy and audio excerpts, please visit the release page on Village Green.